The Ants were ALREADY THERE! 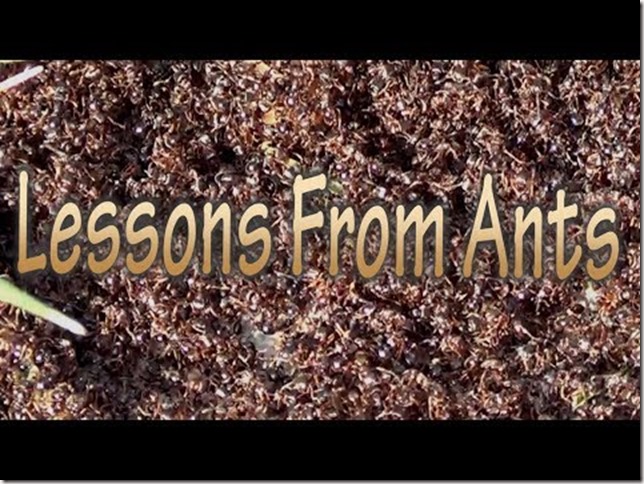 “don’t drop anything. .the ants will come”

Now this might sound bad English, and I am translating from Konkani here, my mother tongue from south India.

And the above line is a daily one way unicast from mother dearest to me, and just few days back  I discovered where she gets it from, guess? — FROM HER FUCKING MOTHER!

Every time I have any piece of anything edible in my hands or in my plate, she goes of with the above line like an alert configured on an IDS. And it’s false positives all the waaayyyy..why?

THE ANTS WERE ALREADY THERE!!!

The ants did not “come”, they did not teleport there from the amazon forest right when some chunks of biscuit broke of when I bit into it and fell to the ground, nor can they be born right when I drop something. The ant colony is already there in the house, it’s in the walls, the furniture wood, near the plants, they are already there and a few of those bastards called scouts are always looking for something I or anyone drops ALL THE FUCKING TIME.

What’s more the colony has a queen which is a fucking baby ant factory, then there are soldiers, workers and so on, it’s an entire well organized society you are up against and to win against it, you must strike at the very core, the centre — kill the fucking queen.

You can maintain god level cleanliness and build yourself a robot to vacuum the floor every 30secs, but till the queen lives you are not winning this. In fact my mother has taken to spray insecticide right on the little bastards the moment she spots one or few of them. Begs the question, am I not doing her a favour by dropping some food around then?

I have tried to explain her this, but it’s not worked yet, just like how I’ve not been able to convince my parents that bills can be paid online and the dad doesn’t need to spend the two hours he usually does.

There are important life lessons here, or else I would not be doing this at 22:30 with my ongoing ATTN attack.

The whole thing to me reeks of ignorance, arrogance and basic human inertia to change—of thinking and doing things.

The Carbon Rods of Monogamy 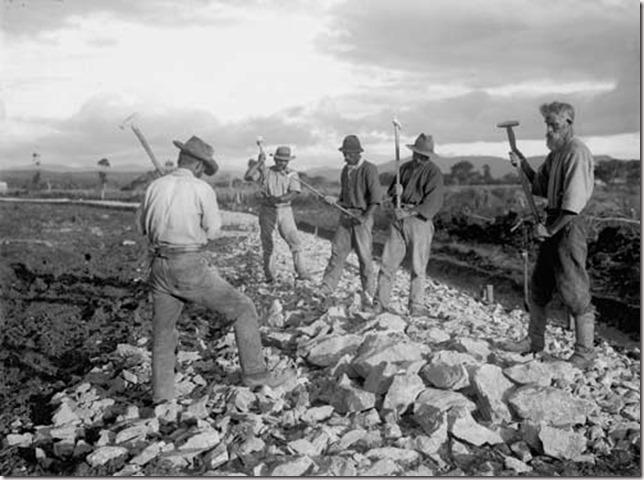 Civilization is all about men.

Or we can ask the randian question “Who moves the world?”—MEN, if you have any other answer then go review what you have been fed.

We can play, act and do whatever it is we are doing as a global 21st century society these days to push for women empowerment and whatnot, and then act some more that women are really empowered, men still are the driving force today on the planet, even after 70 years of feminism and special privileges women have won over.

Seems like in the end, feminism is hardly anything more than a “getting laid without social judgement” license, to create a social convention where guys must be convinced “her past doesn’t matter”.

Men are building the roads, bridges, dams, railways. Men are fighting at the borders, waging wars, killing, raping, looting. Men are running our most innovative corporations. And men are running our most evil terrorist organizations. In the past men created the religions to explain the environment and today our best men have shredded those very beliefs and show us the wonders of our existence minus the supernatural baggage.

From the cleaning of sewers to the future colonization of mars and everything in between, the moving force has been and will be most probably men.

This needs to be celebrated. The achievements of Man after all moved the human race forward, which isn’t much but—Men, Women and Children(useless little pricks). (well now along with man haters we do have species haters who can’t wait to tell you how humans are not superior at all, but that’s for another post—”The hatred for the able” I’ll call it.)

This is not happening at all, instead we have a Marxist movement called feminism which has very well captured the narrative “aggression of men caused the wars and atrocities”, and the unfortunate part is the culture has bought the lie. In fact we are teaching it to our kids now, feminism borrows this from the religions, who mastered the game of “get them while they are young”. This has been the single most powerful tool in religion’s success.

I myself concur that men fought the wars, looted and raped but what has been omitted is the fact that for one group of men to be able to loot and rape the men on the other side all had to be dead. After all as already stated, creators and destroyers, murders and saviours all had to be men. They pinned all wars to man’s aggression but left out complex geo-politics, religious and personal impetus of the rulers which lead to the wars.

What’s more they never understood that the very aggression which compels the men of one nation to destroy another is also the very force which brought us out of the dark ages to the glories of the industrial revolution. The former was aggression directed to conquer one’s enemies the latter to conquer nature.

Those morons make the same kind of arguments with guns too.  Omit the back ground and the larger reasoning of why things happen and just jump to their feels is what they do.

Very few clubs in Mumbai allow stag entry, now this has become so ingrained in the nightlife culture of the city that it’s hardly even questioned anymore. In fact people find it funny when a man even brings this up. Exactly how bill burr talks about anything bad or horrible happening to a man is just funny(at 12:00).

I have taken up upon me to figure this out.

Why exactly would the clubs not want to allow guys in?

And these not some poor cat-calling bastards, they won’t even allow the regular guys in without a pair of tits along. And some don’t even want to allow guys in even when the guy wants to pay. The policy is no men—no matter what. Isn’t it just economic sense that the more customers you have the more money you make?

I hit up Glokal in lokhandwala, the answer I got was something like “we had some problems so we stopped”. Now I am thinking about it this is the “all men are rapists” meme running amok at the micro level.

So what must have happened is some drunk dude grabbed a gal’s ass and punched the friendzoned guy she was with who was paying for her drinks and that’s it?—”men create problems”.

Sadly most Indian males are nothing to talk about—cat-calling bs, super social awkwardness. But there’s a caveat here, most of those males are not the ones trying to enter the clubs anyway.

The guys showing up at the gates of glokal, little door, trilogy, havana, tryst, speak good decent fucking English, work white collar service sector jobs, watch GoT and are mostly shy fucking wallflowers and will hardly grab any asses, these dudes think even saying hi to a gal is disrespecting women (with which I have first hand experience in uptown McDonald's lokhandwala market).

And it’s these nice boys being sent back home from the nightlife scene for not bringing along some pussy.

Interestingly the same dynamic is in play with renting out flats to men. “Nobody fucking wants to rent out to bachelors” as everyone puts it. The implicit logic being that obviously is that single men are just wild animals and it’s a woman’s touch with the governmental sanction (aka marriage) that breaks them in.

Those are used in nuclear reactors to control the nuclear fission process, so that the power plant remains productive and doesn’t blow up taking half the city with it.

We have already established the fact that Men are the nuclear plant which powers the planet, but like with any nuclear plant, we need a good set of carbon rods to keep the plant productive enough and not explode and take the town with it.

The idea is that you put the baggage of a woman and child on men and now society has a horse with blinders on to keep things going on smoothly without getting distracted. Now I think I know why it’s called “settle down”. Here’s a quote from what do you say after you say hello.

Most well-organized societies, one way or another, provide a way for young people to mortgage themselves and thus give meaning to their lives. Otherwise they might just spend their time enjoying themselves, as they do still in a few places.

— What do you say after you say hello by Eric Berne.

Monogamy and its end goal of marriage have always worked as a way to keep men in line and behave. All major religions have always been in on this as well. And now in the modern world we see that even the clubs use the policy to men from “fucking shit up”.

What I’d like to take away from this essay is, men must understand why the marital institution was put in place before they “bite the bullet” and “do the right thing”. The dream being sold to them as a gateway to companionship and happiness and is just a boulder being tied to their legs so they don’t try to jump too high and make things hard for everyone else. I think this collective fear exists in us because the species just doesn’t want another Genghis Khan around.

The fear of having a Genghis Khan seems dumbfounded I know, but we must not forget that although we now have laptops, internet and space rockets and been to the moon most of our brain still thinks of this whole thing as still going on in the African savannah, to fix which we must use those laptops and the internet to read this and no this.