So I read a BUZZFEED post — "indian women love to casually fuck too" and the first thing that crossed my mind is ..who would have FUCKING THOUGHT that the “respect women” platitude they keep shoving into our faces so many times a day, actually also includes “respect that women love to be casually fucked” clause. I mean we all thought that respecting them meant always thinking of them as good, honest, epitome of morality beings AND the biggest one being not fucking dare OBJECTIFY THEM. NEVER to approach/court/flirt openly especially publicly because THAT FUCKING WOULD MEAN OBJECTIFICATION YOU FUCKING MISOGYNIST PIG. Then it means always give them their time with everything and wait for them to come around. NEVER to doubt their intentions and always just trusting them and encouraging them, NEVER to judge their actions, I mean it’s obviously not her fault, like we already established the fact that women are the epitome of moral behavior.


BUT THEN (..goes my testosterone sex crazed brain) .. if they do love sex as much as I do then it should be totally okay when I go approach her in public, which then means she’s totally okay with me just treating her as fuckmeat ,.I mean she’s doing the same about me, right? How come all men who have the balls to that are then misogynist pigs who treat women wrong?


DAMNN I can’t even begin to imagine how a teenager coming out of school will deal with this contradicting garbage the FI is feeding him. In the old world order or an ideal one their fathers and brothers would probably teach them this but with third wave feminism upon us like the curse of locusts from the bible, they are already martyrs to the same FI and perpetuate the same dogma ..“women, eh,,can’t understand them” subscribing to some “women are mysterious” trope we have always had in culture.


But there’s hope for those who yearn for the truth, as there’s always been. They will probably find their path, some will probably end up here as well. And of course I don’t want to make it look like few links will bring you salvation and set you free, but they are a lot more than most men will ever have as they march their way to the FI gas life chamber.


It’s such an amazing flexibility that the very FI which lambasts men for being sex junkies, poisoned with testosterone is also making fun of them for being complete pussies for getting too attached too soon just after a little casual sex. (They even put it in a cool quotation box like this right in their posts, fuck need to learn that.)


Again it’s worth highlighting how ruthless the FI is, I did this before with bacchi karkaria. Reverse the sexes and try imagining a man writing about all women he fucked getting clingy and how they file rape cases when not being called back. .FUCKING OUTRAGE. Fuck, you don’t have to imagine it, we already have a case where feminists destroyed two men’s livelihood for daring to tell us how they fucked 50+ girls and how most of them were no good for anything else.


And again I just want to hammer the effect this has on really young men. It is in this world we have 16yr old guys shamed and put down for being born with a dick since they turned ten, trying to figure out W T F IS GOING ON. Is it then any wonder I have guys inching close to 30 talking about the dark knight, assassins dick and going to "woohoo" to metal smashing transfaggers.


But all is not lost for them and for others, as it’s been said before the internet is for men what women’s lib was for women, we now have a global network of men sharing notes and conclusions on how to better navigate life around these conflicting messages of the FI and how not only to survive but thrive in it.


Class is in session.

So do women love casual sex or not? Guys want an yes or no answer to this, given their analytical problem solving nature, but the answer is neither. Write this down, women fucking want different things at different times in their lives. Young and beautiful babe in her early 20s from a western values family background with minimum religious indoctrination and maximum freedoms, yeah she’ll fuck you and some other guys on the side..NBD. The same girl when she’s 28? You bet she wants something more than just A-Grade-porn-star fucking, as we see here:

And yes she'll probably cheat if she's been fucked a LOT before she married you. And huffington post carrying that article, it'll be gone the moment their FI bosses call up so you should just google that.


Nothing to bat an eye when the leaders of feminism have this advice for our gals:

“When looking for a life partner, my advice to women is date all of them: the bad boys, the cool boys, the commitment-phobic boys, the crazy boys. But do not marry them. The things that make the bad boys sexy do not make them good husbands. When it comes time to settle down, find someone who wants an equal partner. Someone who thinks women should be smart, opinionated and ambitious. Someone who values fairness and expects or, even better, wants to do his share in the home. These men exist and, trust me, over time, nothing is sexier.”

― Sheryl Sandberg, Lean In: Women, Work, and the Will to Lead


The article kinda also wants to tell us how ALL women enjoy casual sex with ALL men—WRONG. The choice of guys they want to fuck brings us to the next part.

Who are these super emo Guys?

Men see two genders — Men and Women. Women see three — Alphas, Betas and Women. I think you should write this down as well.


The men this chick is so frustrated about totally fall in the #2 gender category she can see, I am also pretty sure these guys are getting the kind of sex where they later go . .“i got lucky” with their buddies, and not “ohh fuck.. do i fuck this girl or go home and sleep,,,got work tomorrow, ,ah ok..ill make it a quick one”, I bet you their lives are nothing like this. In fact the thing which is really frustrating these women is buyer’s remorse. Here’s what google says:


Buyer's remorse is the sense of regret after having made a purchase. It is frequently associated with the purchase of an expensive item such as a car or house. It may stem from fear of making the wrong choice, guilt over extravagance, or a suspicion of having been overly influenced by the seller.

In PU, Buyer’s Remorse happens when the game was not played properly, such as skipping comfort, gaming a drunk girl, or doing something that would otherwise jeopardize the long term sexual relationship with the girl beyond a ONS.


ehhhh not the best thing to have said. The pervert/slut teases were cute, like an inside joke with you guys, but after she’s acted like a slut she needs to feel like you aren’t going to judge her for being a slut…so comments like “knew I was going to insert my dick” blah blah are like “I knew you were a slut the second I saw you” which can trigger her Buyer’s Remorse.

So they’re just upset to have fucked two boring pussies who they for some reason perceived to be hotNalpha. The girls themselves would have called the guys back had they not advertised their scarcity needy “once more...please?” mentality to them lol. But now they did and are beta bitches “who can’t fathom that a woman can just fuck for fun” ..that’s just her conscious society trained empowered brain, reality is more like “omg..12 txt msgs!, .. its not even 11am, ewww”.


Now I am also shocked this chick is surprised that men are immediately falling in love with her after sex while she’s working at Buzzfeed, which is now to me an FI manifesto creating better betas with every post.  Here’s one where a dude is all for grown dudes crying:

I MEAN FUCKING SERIOUSLY?. .YOU COMPLAINING ABOUT GUYS ACTING LIKE BITCHES ON THE VERY SAME PAGES WHERE YOU ARE “ALL FOR MEN CRYING”. .Go back to my starting sentence on FI’s biggest weapon being confusion.


THREE DECADES of telling men to get in touch with their feminine side and now they’re shocked that these guys have forgotten the beauty and peace of a casual fuck. Add to that the daily shaming of men for trying to hit gym as “still trying to live the college life”, “men don’t grow up” and heck if the poor bastard is not married by 29 then all this + “is he gay?”. They denigrate anything remotely masculine and then tell us men have become pussies. Of course they do want the masculinity back when third world masculine men who they themselves brought in are raping and killing, lol. But that’s for another post.


It’s also so funny that she doesn’t think for a sec that probably the guys had real feelings for her, I mean for all the fucking leeway we give to women for being soft, emotional and tender. Here we see one reminding Milo 200 times that women are so “soft and take things to heart”, nothing of that here but instead her conclusion is that “indian men can’t handle women having casual sex”. No doll, his conditioning told him that showing his vulnerable side is the way to your heart, which he was taught has a lot more value than anything else on your body, because women are so much more than just sex objects and men are such pigs for only wanting sex.. right?.. .he respects women.. duh!. 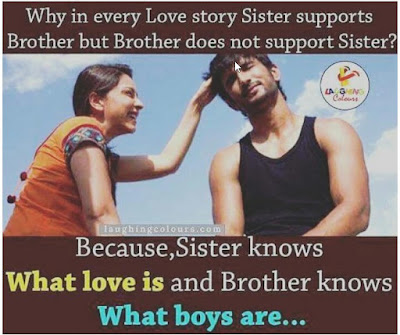 So you see we are all evil motherfuckers after these poor dames, a million guys probably got this on their screens and are going to make a mental subconscious note of it in the "how girls are" dept of their psyche as they put their smartphones down and pick up their joysticks.