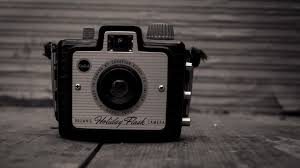 Nothing completes modern anything scene without a picture—fucking nothing.


Party pics, birthday pics, insta pics, fb pics, “i ordered food” pics, “i have friends and i’m cool too” pics and the “fuck just look at me” pics—selfies.


I have ranted about pics before and wbw does a better job at it. I still think a post like this was required to hammer into the newbie PUAs heads that the pics are all lies. Just fucking lies. It’s just not the real world. A lot of guys are never going to understand this and end up playing the same game like so many I know already do, by uploading their own fucking pics while doing the “cool shit”, lol.


But you wanna be better than that right, you wanna fucking upload your video to youtube where you are doing this, at least that should be your goal and fuck no, it’s not about pulling hot girls to bed, it’s about all the things it’ll take to get there, the fears you will conquer and the skills you’ll gain to be able to pull a hot girl home every night. Sluts and studs.


Those pictures these robots put up, they look like they’re having fun? Of course they do. And as a newbie recovering nerd/afc/whatever who is trying to understand these dynamics, you will have a fucking hard time doing it, kinda why i’m here. You’ve spent too much time jacking off to internet porn in hiding, you’ve spent too much time staring at those beautiful women’s pics wherever they are, the magazines, the internet, you have spent too much time with other guys like yourself discussing how fucking beautiful that girl in your college looks and how good her friends look etc.


This is called “pussy pedestalling”. It’s Game 101 now. You have repeatedly told your brain that that girl, that beauty, that female giggle is so so so out of reach that all you can do about it is fantasize about it, talk about it, dream about it and do nothing to get it.


And when you see those pics of smiles, makeup and all that jazz you just tap into those same feelings and emotions of you sitting in hiding and jerking off to female beauty which you can’t attain but only look from far. You do notice that little ounce of anxiety you feel in and around your solar plexus when you are going through that hot cute girl’s fb trail of pics right? You surely do now after I have brought it up to your conscious mind.


And a very important reason that those pictures are so good and perfect is they’ve done so many of those—day in and day out, and for the really prettier ones it’s hours in and hours out of taking non-stop selfies and instant analysis. They have done it so often and so many times, their brains have now mapped it with their facial muscles on how much to smile, where to feel the pressure, what angle to hold the shoulder in, this is what our brains do, this is its job. Computing and remembering 100s of muscle movements and calculations to help you internalize stuff, like driving and talking to hot women for eg. and if you keep at it then this too.


This why I call them a 1000 lies. You will notice that those smiling faces gone and off the instant the camera has clicked and they all get back to their checking their whatsapp. You have to understand the moment-to-moment thought process of those taking those pics.

*one person takes out the cam for the pic and lets everyone know he’s taking a group selfie”
Now the internal monologue of everyone involved is something along this:
“Ok k k a selfies is being taken, this will be shared on fb, i can use it for my whatsapp profile, and probably insta it too, and while i do it im gonnna #tag #this #this #that and it’ll look really good on my profile”.


THIS IS THE SHIT.


The idea that you will look back at this in future and remember those good times is gone out with the kodak. Then the photograph was a luxury to be saved in albums and as a reminisce of a beautiful moment, not anymore. Something is available at every instant always loses its value. And when you really look at this culture, it’s hard to believe that most 20 yr olds+ are even capable of good old nostalgia, because today everything is instant, why look back to a pic to get that emotional state high you would get when the pic will remind you of how you felt that day exactly when you can just take a new one right now. And of course do most think that THE EXACT REASON FOR TAKING THE PIC IS TO LOOK BACK AT THE MEMORY?---FUCKING YES! (And now this is going really spiral but hang on) THE REASON THEY THINK SO IS BECAUSE THEY WANT TO BE THAT PERSON WHO CHERISHES AND VALUES MEMORIES AND ALL FEEL GOOD SHIT..

BECAUSE they do believe they’re that person, and fine, at times we are all that person, but you can trying catching those who shared similar shit on your fb and you will see they don’t fucking know and won’t even understand if you were to explain it to them what a light year is. Forget all about it, if they’re on their way to church, lol.


This post sounds like judging, cynicism, hatred, bitterness and what the fuck not. But that's just a trick to dismiss the truth and harsh realities, it's a gimmick. I am not here to create more holden caulfields (great guy though and i definitely recommend you meet him, but don’t let him get to your head and that nerd brain of yours will.) And that nerd brain of yours is why this post has to be this way, so that you understand the social VIBING process of selfie-ing and putting them on SM, not that you have to do that, but you do need to understand that, so obviously the goal of this post is not for you to just avoid taking pictures and stand in the corner trying to give out the james bond look.. all because "PICTURES SUCK AND ARE FAKE!" lol. And your nerd brain will again keep screaming that to you, but with this knowledge you know now what’s ACTUALLY happening and why this meaninglessness has so much meaning.