Her beauty and Your Beasts 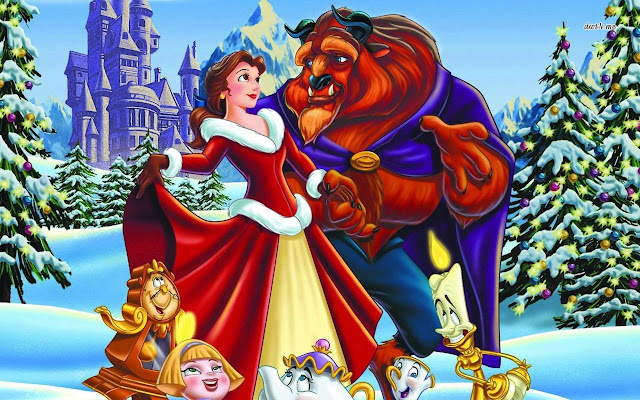 The man who trains his mind to subdue the reward centers of his brain when reflecting upon a beautiful female face will magically transform his interactions with women. His apprehension and self-consciousness will melt away, paving the path for more honest and self-possessed interactions with the objects of his desire. This is one reason why the greatest lotharios drown in more love than they can handle — through positive experiences with so many beautiful women they lose their awe of beauty and, in turn, their powerlessness under its spell. It will help you acquire the right frame of mind to stop using the words hot, cute, gorgeous, or beautiful to describe girls who turn you on. Instead, say to yourself “she’s interesting” or “she might be worth getting to know”. Never compliment a girl on her looks, especially not a girl you aren’t fucking. Turn off that part of your brain that wants to put them on pedestals. Further advanced training to reach this state of unawed Zen transcendence is to sleep with many MANY attractive women (try to avoid sleeping with a lot of ugly women if you don’t want to regress). Soon, a Jedi lover you will be.

— The sixteen commandments of Poon


Nothing gets young men tongue tied like feminine beauty does. Especially young men. Boy I’ve been there myself and I have seen guys look reasonably terrified in the presence of some cute girl, they don’t even know. This is the best part, they know nothing about her and still she intimidates them like nothing. If you happened to come across a girl who actually is successful and get intimidated by her looks plus her success that would still make sense I guess.

In reality it’s the no knowing itself which makes this game so hard for the guys in the first place, and it’s all the more amazing that guys will fill this not knowing her vacuum with the best of qualities a human being can have. Let’s get to some specifics.

This is obviously in the Indian context, since speaking english is still a status symbol instead of a survival tool.

I can’t stress this enough, maybe because I have been a victim to this more often than I’d like to admit. A fair chick in good tight jeans and a simple top with beautiful long hair and this is the first go to assumption that this girl speaks very good fluent english. I can’t stress enough how guys will completely exaggerate her english language skills for some reason in their heads.

Reality: At best she’s ok, at worst a disaster.

Recently I spoke to an HR with an MBA(HR) at a top firm in my field of work and I couldn’t believe how badly she struggled with the language. She fits the bill completely with the trendy college girl chick from her linkedin profile but oh well. And this will happen most of the time if your english skills are at least on average. Most times a confident “Hi” with a slight smile dismantles all her shakespearean aura you have made up in your mind. You can almost see it on their faces how they played along with everyone thinking that she’s a fucking cousin to the brits and why not — if you have been treated like a princess perfect for most of your life for absolutely nothing except your looks what incentive is there to actually come and remove that doubt from people’s (mostly guys) mind or to work on yourself.

On top of all this be assured that India being touted as one of the most english speaking nations in the world, the reality is the english Indians actually speak is anything but good, simply listen to any bollywood star speaking the language, and that is the benchmark for the “youth” more so for the hot chicks.

Causes for the assumption:

The main reason for this belief is the low self-esteem on the guy’s part in the first place. Like most other things it’s his skills which lack in the first place and his anxiety can’t help but exaggerate that of his opponent’s.

True. Mystery always says “women of beauty are never found alone”. But is this a testimony to how fun of a person she is or what an amazing personality she has? Obviously not. It’s just her beauty which makes people want to be around her. And never forget the 60-70% orbiter guys who are figuring out a way to get in with her trying to show her what a great boyfriend they’d be if she could only see.

You will fall for this one if you are the nerdy kind. That means that if you a have refined tastes in movies, books, music etc. You will project that on to her as well. This is much like assuming she speaks perfect english but here you project your positive qualities on to her persona instead of negative ones.

And trust me when I say she’s not aiming for anything above HIMYM and the occasional romcom. When you think about chicks don’t need to have refined tastes in anything, as men we do that to add layers to our personalities and bring something interesting to the table by being there, for hot girls them just being there is the value they add to the people in their environment (and boobs ofcourse) which ties back well into the previous point about them being easily sociable. Think hard when was the last time you saw a cute chick turned down because she’s booorringgg like so many mortals are?

I had some more in my journal entries but I’m afraid the whole post would the look like trying to hard sort of, so we’ll leave it here for now. And parting thoughts, most men in our today's feminist world are the same as these, take pride that you're not one of them or you wouldn't be here.
at 10:01 No comments: Links to this post